Tell me what you eat, and I tell you who you are!

I've just read a very interesting article written by the super famous Ferrán Adriá in El Pais, one of the main newspaper in Spain.
I just wanted to share with you, because, I really found me identified by the content and ideas!
Ferrán reminds us that food is the first global product and concept we had in the world! Since the discover of the Americas and whole the new products that Marco Polo brought back to Europe.
Even nowadays, the chefs are traveling as far as Asia to discover new tastes and new techniques, they include them in their cuisine when they come back in US or Europe.
Or, just think about how you choose your restaurant when you think to have dinner outside with your friends or couple? Italian, Spanish, Greek, Japanese, Chinese, etc,... This is the main question: in which part of the world, you want to travel tonight? 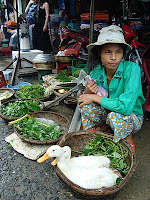 Cuisine is part of the travel, part of the experience. It´s all about discovering, trying, being surprised and understand something new about this people that live far away!

I always have this unsatisfied curiosity, that never ends and needs to be fed with images, smells, and thrills! The more I travel, the more I know new people, the more I want!

I think that the gastronomy is also a vivid experience of the core culture of each country. You can easily start with the ingredients used in each cuisine. It tells you about the wealth, about the climate and the influence of the whole environment on the people and how they get adapted to it. Cuisine techniques also tells you about that. European cultures where potatoes are a strong component of the cuisine, tells us that before the potato introduction, these people were surely starving. Thus, the most important is to feel full for them.

Don't you think that for example the Dutch cuisine isn't it a true picture of the Dutch people?
Or the French one,... let's take the French, to not offend my new friends here in the Netherlands.
French cuisine was created by the King chefs, following the inheritance of centuries of fat and gravy meats preparations. A wealthy country with great resources for food and wines. The French arrogance started with our kings, and transmitted  in our heavy recipes of meats with thick sauces, cooked during hours.
The complexity of the French cuisine is also very interesting. The French culture is also complex, a mix of regional influences, always looking for a kind of balance, between the South passion and the North force. 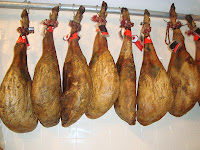 Let's take another example. May I talk about Hams in Europe? This is a very well known topic for me, as I worked for the promotion of Serrano ham during 7 years in Madrid!
Pig is usually a very valued product in most of our European cultures. The way each of us use it in our culture is very interesting. And the ham is a perfect example of the ancient preservative techniques. Traditionally, the pigs were slaughtered in winter,.... a hard time generally for the farmers, but also the best temperature moment to keep fresh meat!
Anyway, the families had to use techniques to keep the meat good for a long time. Hams in Europe are all made on the same model: fresh meat, salt and drying. In the colder countries, the hams were cooked or smoked as the environmental conditions were not allowing a good preservation. So by understanding the ancient techniques of cooking, we understand in this case, the main role of the climate in the different European countries.

I think the popular phrase is right, tell me what you eat, and I will tell you who you are!!

Which cuisine is your favorite? Do you stick to your own culture? or are you an adventurer?
Does the food makes you traveling?
Feel free to leave your comments and opinion about this post! I will be really happy to hear your ideas!


a ppetit voyage is much more than reviews and recipes!
Follow the blog: www.appetitvoyage.com
Share your ideas on Facebook: https://www.facebook.com/appetitvoyage
Follow us on Twitter @appetitvoyage
A ppetit Voyage agenda is updated regularly, so come and visit our website www.appetitvoyage.com to check the next workshops, either for cooking or wine tasting!
Feel free to contact us and ask for a private dinner or party with your friends or colleagues: Birthdays, Bachelors, Baby shower, etc...
cookingandtasting@appetitvoyage.com
A ppetit Voyage is your globe-trotting connoisseur: helping you change your mind about food, wines and cooking!
Email Post
Labels: Gluten Free Trips and tips 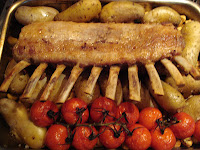 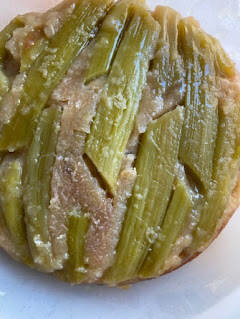